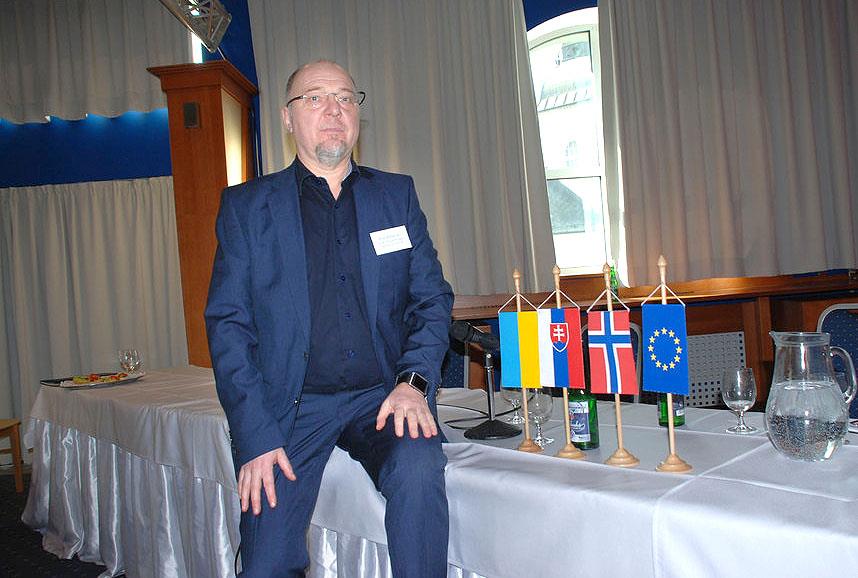 As the crisis in the post-Soviet country aggravates, a new Norwegian-sponsored funding mechanism for Ukrainian border areas opens.

The new mechanism is part of a Norway Grants programme on cross-border cooperation between Slovakia and Ukraine and provides a total of almost €15 million for project cooperation between the countries. The programme welcomes applicants from a wide range of sectors, among them local and regional authorities, law enforcement bodies, NGOs, teaching and education institutions, cultural organizations and more.

"Cross-border cooperation helps stimulate relations in complex regions and has a stabilizing and peace-promoting role to play along the EU's external border”, says Rune Rafaelsen, leader of the Norwegian Barents Secretariat, the Norwegian Donor Programme Partner for the funding mechanism. The Barents Secretariat has more than 20 years of experience from CBC, first of all from the Barents Region.

Small Grant Scheme
More than 150 Slovaks and Ukrainians last week assembled in Presov, eastern Slovakia, to attend the opening conference for the CBC Programme's Small Grants Scheme. The Small Grants Scheme includes about €3 million for project initiatives between the countries. All projects need both Slovak and Ukrainian partners and the upper grant limit is €170,000. The grant scheme is managed by the Presov Self-Governining Region in cooperation with the Slovak Government Office.

A first open call for the Programme was closed on January 31 and included a total of 83 project applications, many of them with partners also from Norway. The small grants scheme is expected to include no less applications.

Norway promotes European CBC
The Slovak-Ukrainian Programme on CBC is part of Norway's EEA/Norway Grants, a financial mechanism established in 15 EU countries, most of them new member states in Central Europe. The mechanism includes a cross-border cooperation programme between Slovakia and Ukraine. Another Norway Grants programme with cross-border activities is unfolding in the Balkans between Bulgaria and the neighboring countries of Serbia, Macedonia and Turkey.

Read more about the Norway Grants and about the engagement of the Norwegian Barents Secretariat.