Nordkapp and Kargopol: Meeting the Sun Together 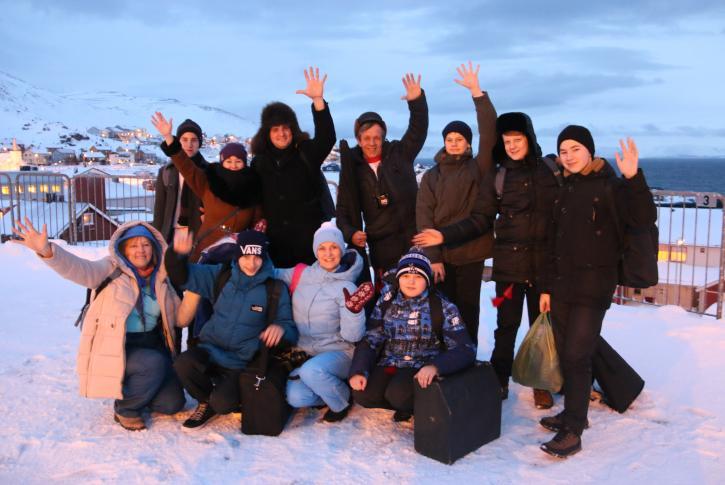 Around 15 years ago a Norwegian municipality Nordkapp and Kargopol - an ancient city in the Arkhangelsk region - have entered a partnership agreement. This happened due to the help of fishery manager Erling Walsø who is developing Russian-Norwegian contacts and for whom Kargopol and Arkhangelsk became almost the second homeland.

Erling lives in a small settlement Gjesvær, which is located next to the capital of the municipality – the city of Honningsvåg and very close to the North Cape, the northernmost European point which attracts a lot of tourists from all around the globe. Kargopol is also a well-known place for tourists. It is one of the oldest Russian cities which has preserved many unique landmark buildings.

Kargopol used to be one of the richest cities in Arkhangelsk Governorate and an important point for famous Pomor trade route that the caravans with Norwegian fish passed from on the long way from Arkhangelsk to Moscow. In the beginning the partnership between Kargopol and Nordkapp was developing quiet rapidly promising good results. But in the course of time the level of collaboration from both sides had significantly fallen and the close contacts were almost lost.

A chance to renew the partnership became the Winter Sunshine festival which was held in Honningsvåg last week. Birgit Johansen and Tore Fosse who are organizers and initiators of the festival asked Erling to pass over some contacts, that’s why the Russian engagement in the festival in strong. The Kargopol delegation has spent almost a week in Gjesvær and Honningsvåg, which was the last week before the Sun appeared in the sky after the long Polar night. Young accordionists and balalaika players with their elder tutors from the Kargopol Music School performed with great success on the festival stages as well as at a school, Honningsvåg hospital, Gjesvær church and other places. Guests from Kargopol have also organized a workshop on painting the famous Kargopol clay toy for the youngest students of the local school, participated in a local trade fair and even took part in a mini-ski competition. Russian participation was of use as a significant part of Norwegian artists couldn’t come to the festival due to the heavy snowstorm across the Northern Norway. The guests and festival participants also warmly greeted the exhibition of the painter Dmitry Trubin and performance of the family string trio led by Ksenia Matzegora from Arkhangelsk. Russians had to work days and nights on the festival to fill in the gaps in a programme. Even though people of Kargopol couldn’t see the Sun, warm and enthusiastic welcoming of Norwegian audience made them forget about the storm outside.

Kargopol musicians’ participation in the Nordkapp festival was a good reason to revise the partnership between two municipalities. Nordkapp mayor Kristina Hansen thanked Kargopol delegation for participation, adding that she was positively surprised to discover their performing skills. Hansen has also said that she would love to visit the Norwegian-Russian twinned cities forum that will be held in Arkhangelsk in September this year. Initiators of this meeting are Arkhangelsk and Vardø mayors; the forum will be supported by the Norwegian Barents Secretariat. Hopefully, this will activate work on joint projects between Kargopol and Nordkapp as well as between other municipalities of Arkhangelsk region and the Northern Norway.