How the Nenets and Sami celebrated a wedding

Sami and Nenets actors cooperated in making a play about common features in their two cultures. 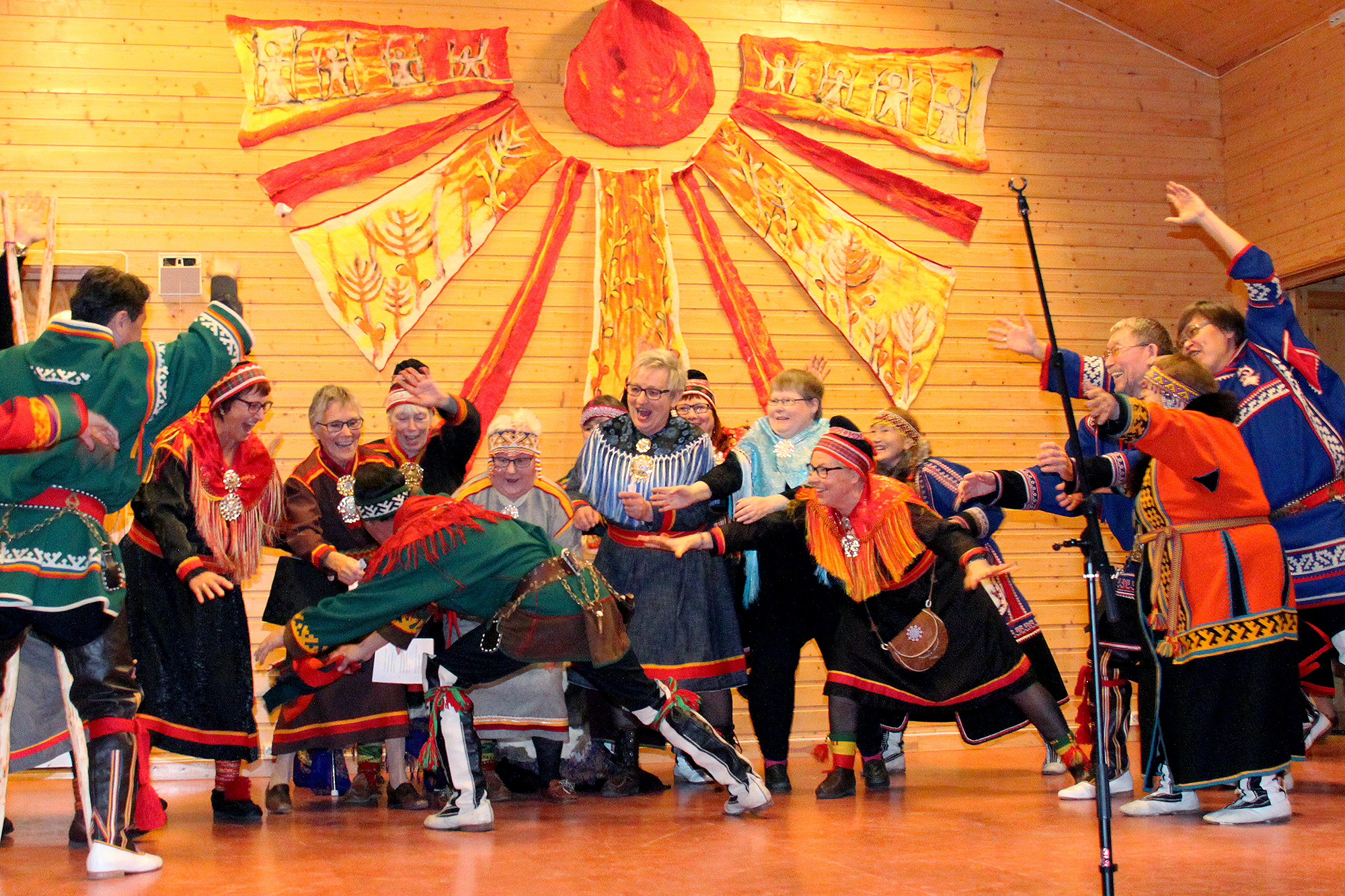 With a Sami choir that had never performed on a theatrical stage before, and a Nenets theatre ensemble that had never been on a stage with foreign actors before, the plan to make a joint theatrical play seemed difficult at first. The solution was to create a wedding ceremony which brought together two cultures with many similarities.

It was the Nenets amateur theatre Ilebts from Naryan-Mar and the Saami choir Várdobiegga from Evenes which came up with the plan to cooperate in making a joint musical stage performance. The project was granted 350 000 kroner in support from the Norwegian Barents Secretariat.

The project had quite a challenging goal: to find common features between Nenets and Saami traditional cultures and make an interesting joint musical stage performance.

Doubts
At first, there were a lot of doubts and challenges. The Sami choir had never been involved into stage performances before, and the Nenets group had never acted on the same stage with foreign actors.

But it all went well in the end and the key to success was in the strong desire to become friends and cooperate, in the commitment and genuine interest towards the neighbours’ culture, in the professional skills of all the participants, and in modern technologies. The result was the play called "Tyuntava – Nenets wedding"

- The ensembles spent a lot of time trying to choose a story and finally decided that a wedding ceremony can bring together not only a young couple, but also the cultures of two peoples, explains Milana Zukhairaeva, director of the amateur theatre Ilebts.

Skype rehearsals
According to the script, the Saami friends of the bridegroom are invited for the Nenets wedding and they help him to do bride purchasing and go through all the trials arranged by the bride’s family. The audience learn about the bride purchasing ritual, wedding games, and listen to the joint singing of songs in the Nenets and Saami languages.

- We rehearsed the performance on Skype, says Zukhairaeva.

The cultural project was for the first time performed in May in Naryan-Mar during the festival of traditional cultures. The Norwegians had a chance to watch the performance in early October in the home village of Várdobiegga at Evenes in Nordland county.

Nenets cuisine
By the way, the Norwegian spectators could not only watch the wedding. They also attended the wedding as guests and tried traditional dishes of the Nenets cuisine that are typical for a wedding table in the Nenets tundra. The menu included blood scones, Nenets soup Evey with venison, fish soup, reindeer liver, fresh salted salmon and many other tasty things that had been cooked by the Nenets actors in the night before the performance.

Also, the Nenets theatre Ilebts performed a Nenets fairytale The White Goose for schoolchildren of Liland and played some traditional Nenets games with them.

Establish contacts
- Both groups work under cultural centres and their tasks are similar: to preserve culture, language and traditions of their peoples. The main goal of the project was to establish close friendly contacts, says Ekaterina Amundsen, project leader and head of the choir Várdobiegga.

We wanted to demonstrate authentic and unique features of the Nenets and Saami cultures, but at the same time find elements that bring us together, and then show this to the people in such small places as Evenes and Naryan-Mar. We became very good and close friends during the joint working process, we are planning to continue our cooperation and would like to involve other indigenous teams from the Barents region into the project,

Indigenous peoples project
The project is a part of the BEAC indigenous peoples’ cooperation. The Saami group Vardobiegga is located in the Saami cultural centre Vardobaiki and has huge experience of cooperation with Russian ensembles. Earlier they had a few joint projects with Saami teams from Lovozero.

Amateur Nenets theatre Ilebts was founded in 1996. Its main activities are performances, staging of Nenets fairytales based on the writings of famous Nenets authors and poets. The theatre is located in the Ethno-cultural centre of the Nenets Autonomous Okrug.