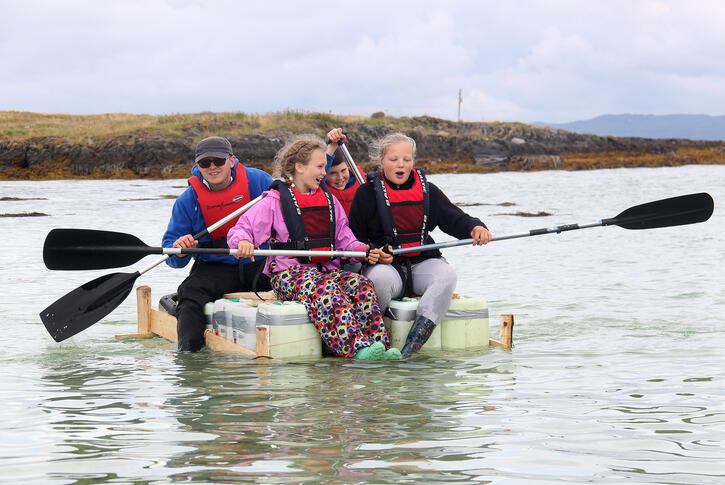 Many members of the Nenets scouts had never been out of Russia before, until they visited the international scout camp in Brønnøysund this summer. See the photos from their incredible trip.

- Scouting is one big happy international family. We are not Norwegians, Russians or Sri Lankans. We are scouts, says Olga Krivova, the leader of the Nenets Okrug Scout Association.

Full of new impressions, she recently returned from the large-scale regional scout camp at Herøy Island outside Brønnøysund in Northern-Norway. Here the scouts from Brønnøy and Nenets finally met again, after meeting for the first time in Naryan Mar last year at the Russian-Norwegian scout friendship camp.

Article continues below the photos. 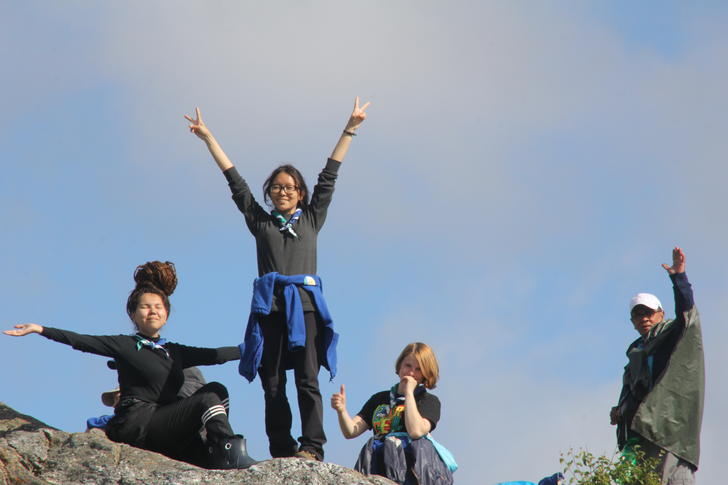 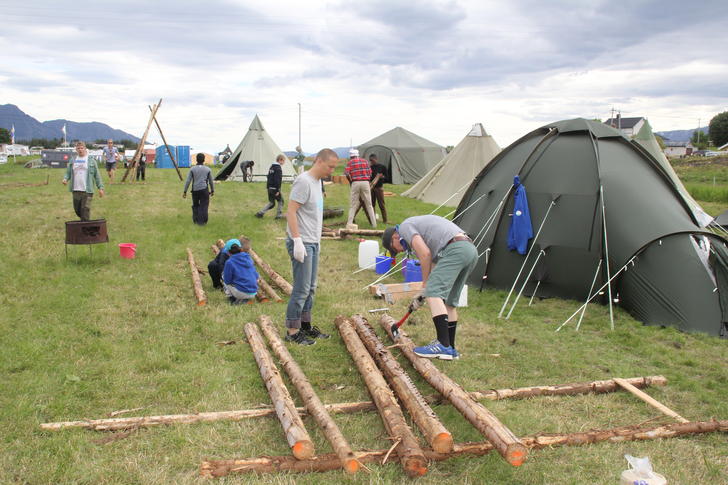 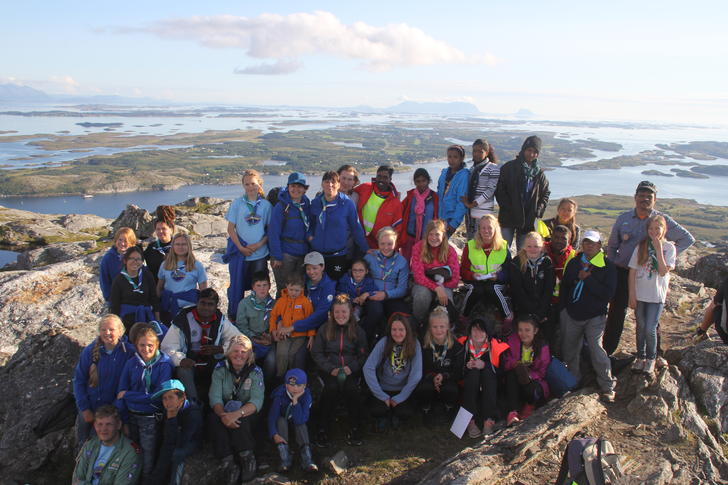 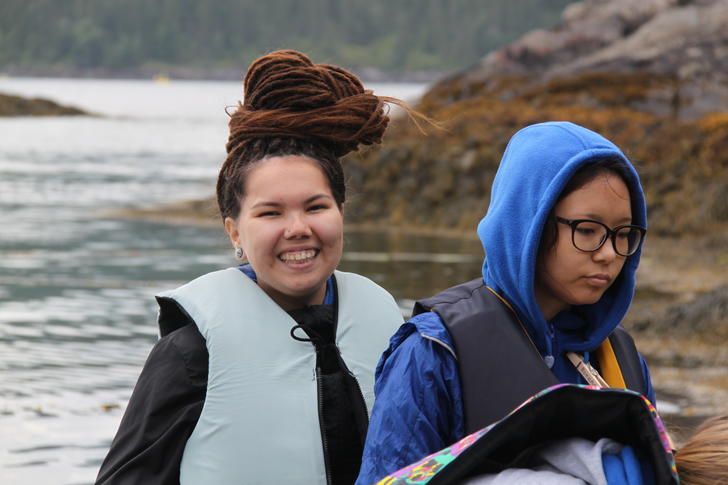 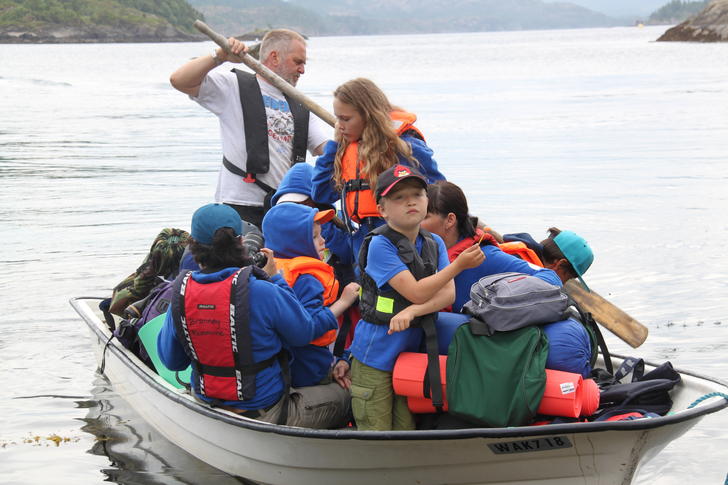 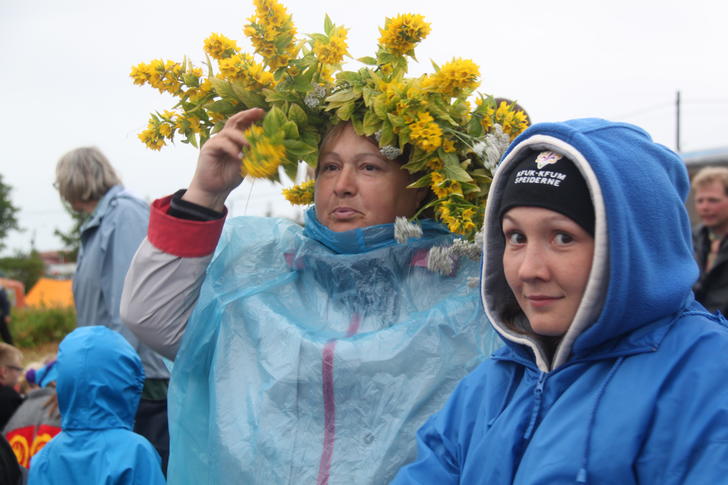 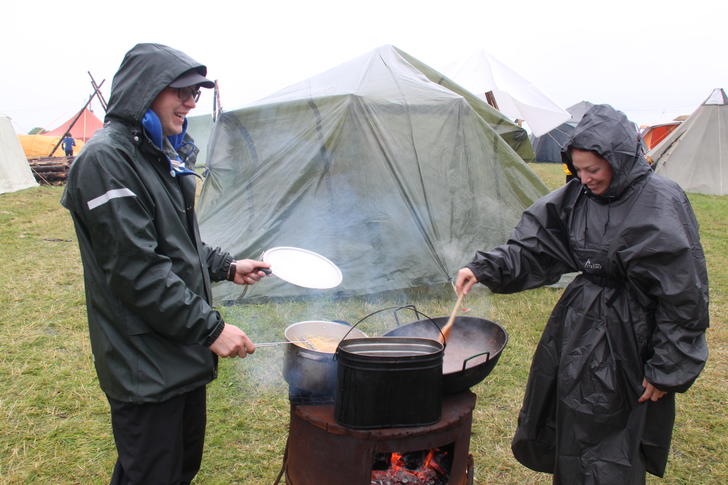 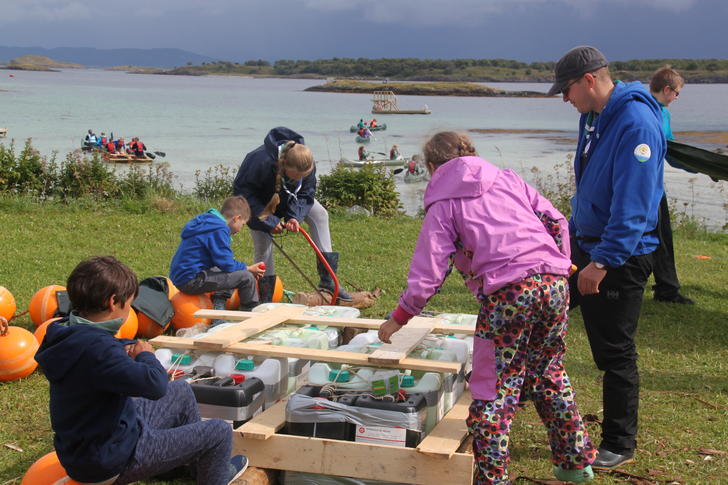 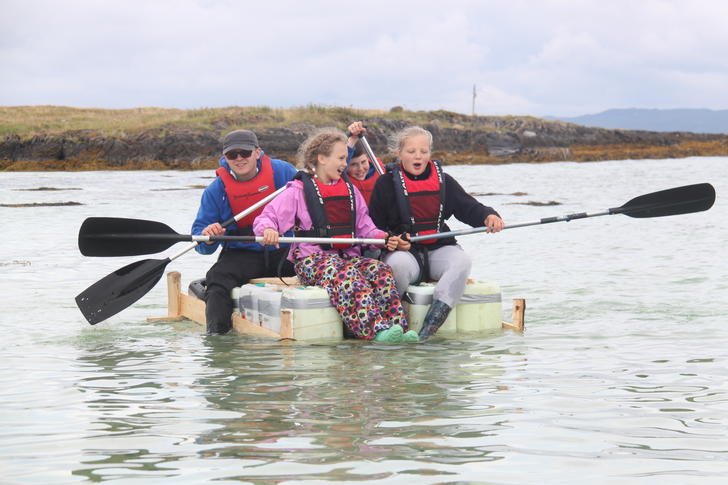 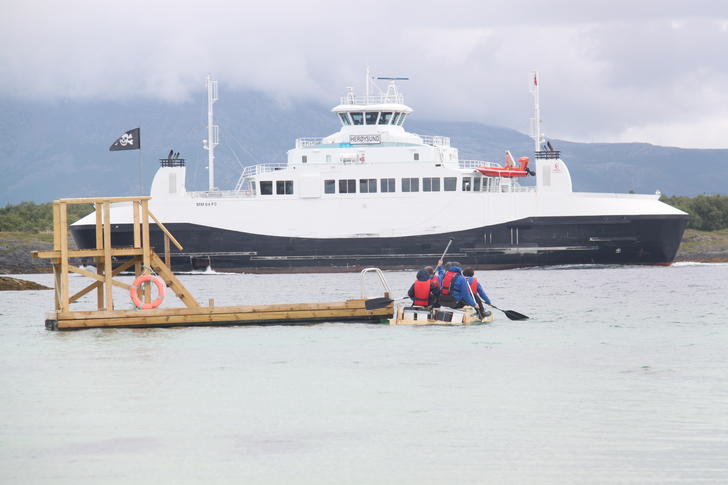 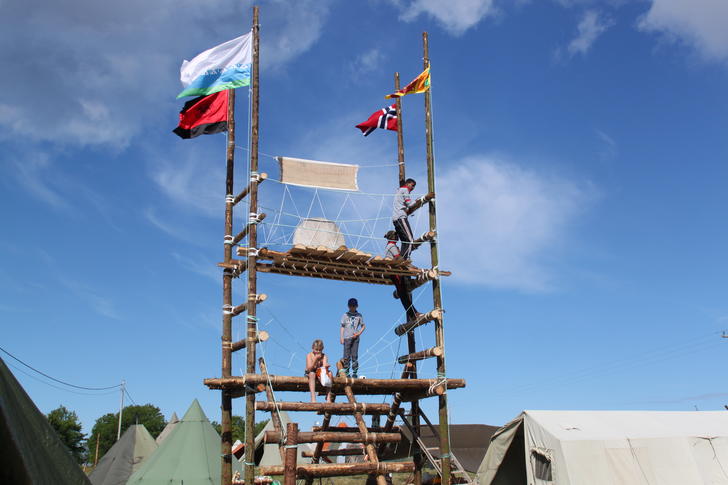 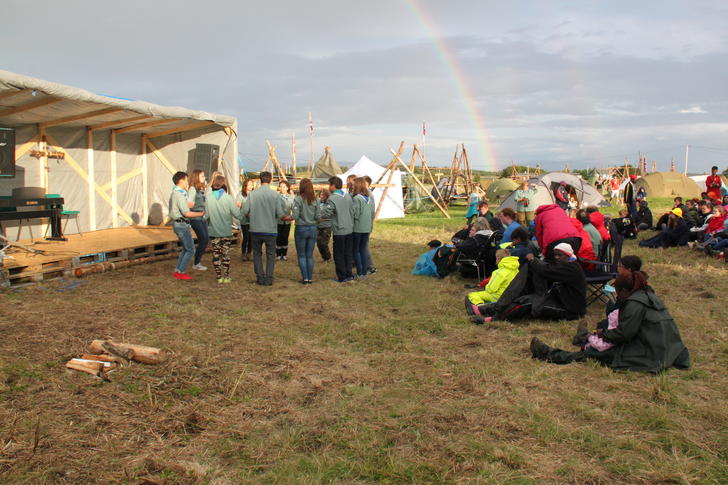 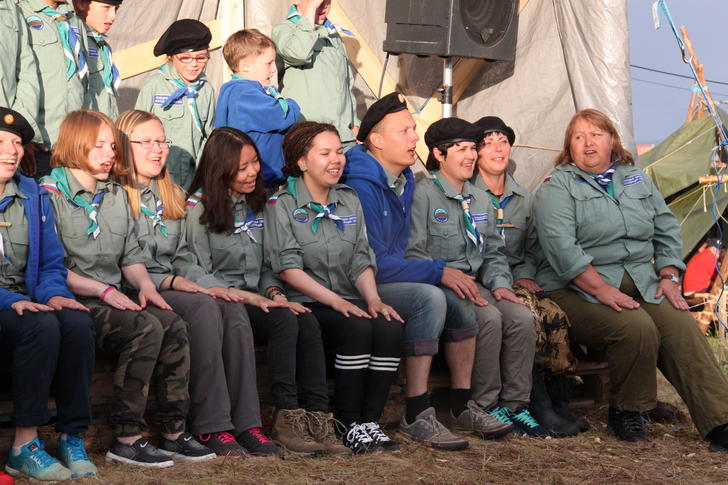 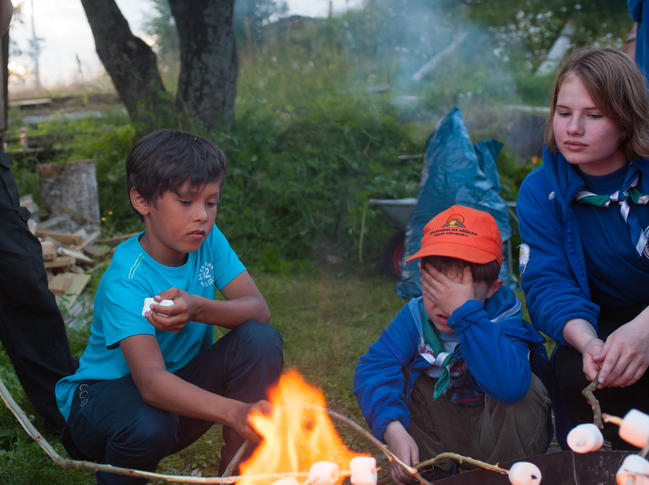 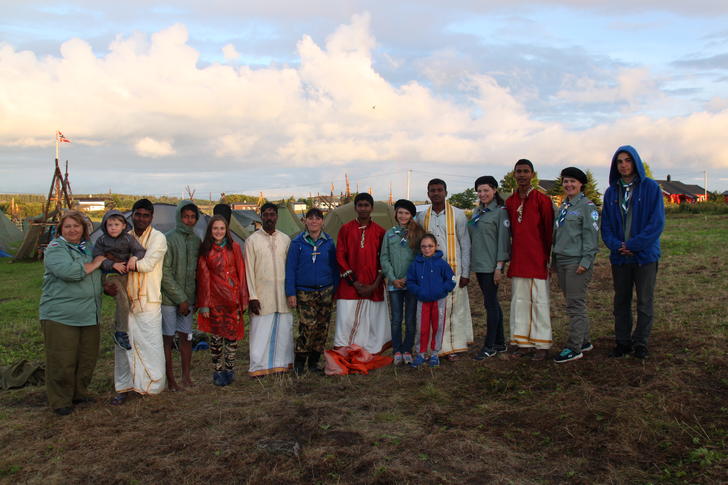 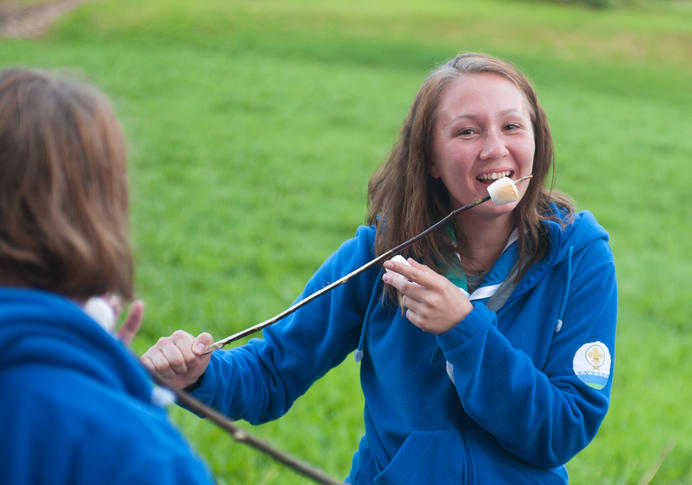 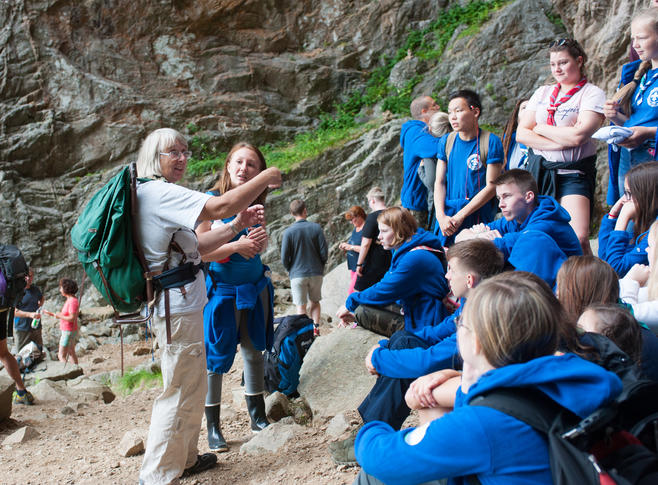 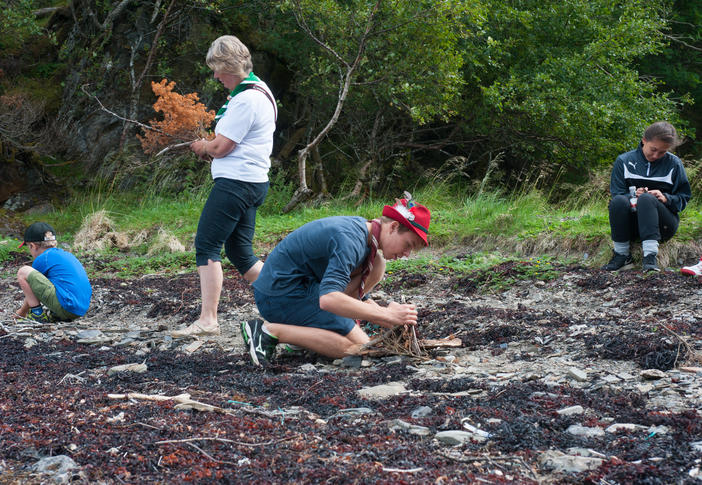 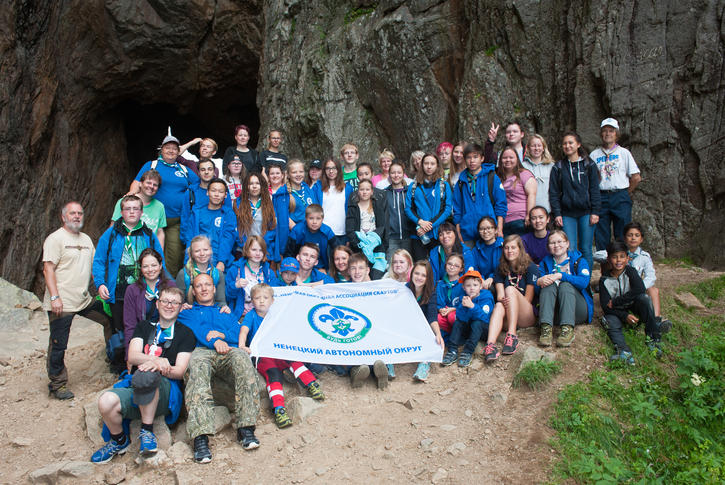 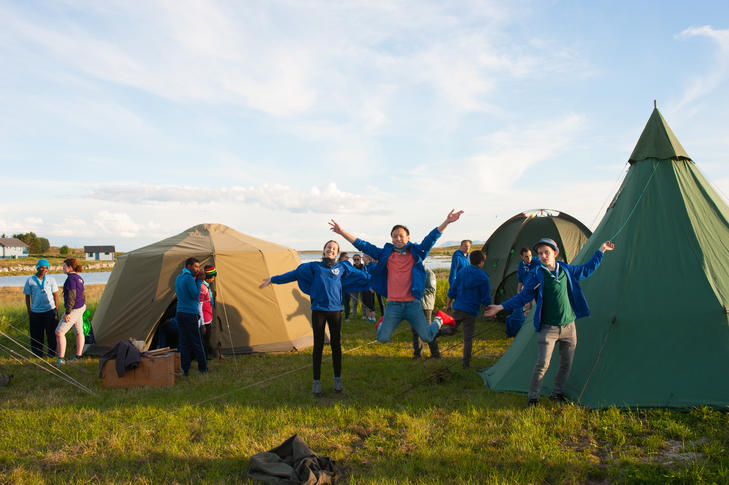 550 global scouts
This year’s camp in Brønnøysund had participating groups from Norway, Russia, the United Kingdom, Sri Lanka and Burundi. Totally 550 people were united by a common goal of ​​scouting. Among them were the 30 scouts from Nenets, of whom many had their first trip out of Russia. Krivova says that it was an invaluable experience for them to be part of the international camp.

- I was very impressed by the enthusiasm of the Brønnoy scout leaders and the amount of work that has been put in by the organizers of this fantastic camp, says Krivova.

The Nenets scouts stay in Norway began with a hospitality program at a small farm near Brønnoysund, owned by the Brønnøy scouts. It was a fun meeting of old friends with a joint hiking to the Torghatten mountain. After they went canoeing to a small uninhabited island, and had an overnight stay there in the pouring rain.

Climbed Dønnamannen
The next day the scouts went by bus and ferries to the main goal of the trip. To participate at the regional camp at the island Herøy. The camp program was very eventful and interesting.

- The scouts have learned a lot. How to make a raft from barrels and old canisters, so it does not fall to pieces on water. How to cook food on an open fire, to tie new knots. They also made the 858 meters climb to the Dønnmannen mountain top, and then descended unharmed from it, says Krivova

A likely important part of a camp like this is to learn new words in other languages ​​and how to perform 10 tasks to get new scout badges and many other things.

However, after all the activities have ended in the afternoon and the scouts can settle down, there is the important social events around the evening scout campfire. There are songs, dances and games together with their new friends from Norway, Sri Lanka, Burundi and the United Kingdom.

Inspired by Brønnøysund scouts
Krivova is amazed by the beauty of Norway, its mountains, fjords and cordiality of people. One special thing she noted during the camp is that in Norway it is more common that entire families involve in scouting.

- The family involvement in scouting is what we will strive for at home also, says Krivova

There were a lot of competitions during the camp. The Russian-Norwegian team won the volleyball tournament. And two board games "Twister for fingers" and "Nenets Checkers" created by Russian scouts had entered in to the list of 6 best camp games.

Also, each scout group participated in a charity fair within the Y-GLOBAL project to support the scout movement in Sri Lanka. Someone sang songs, played games, but Russian scouts traditionally baked pancakes.

The project was supported with 290.000 kroner from the Norwegian Barents Secretariat.