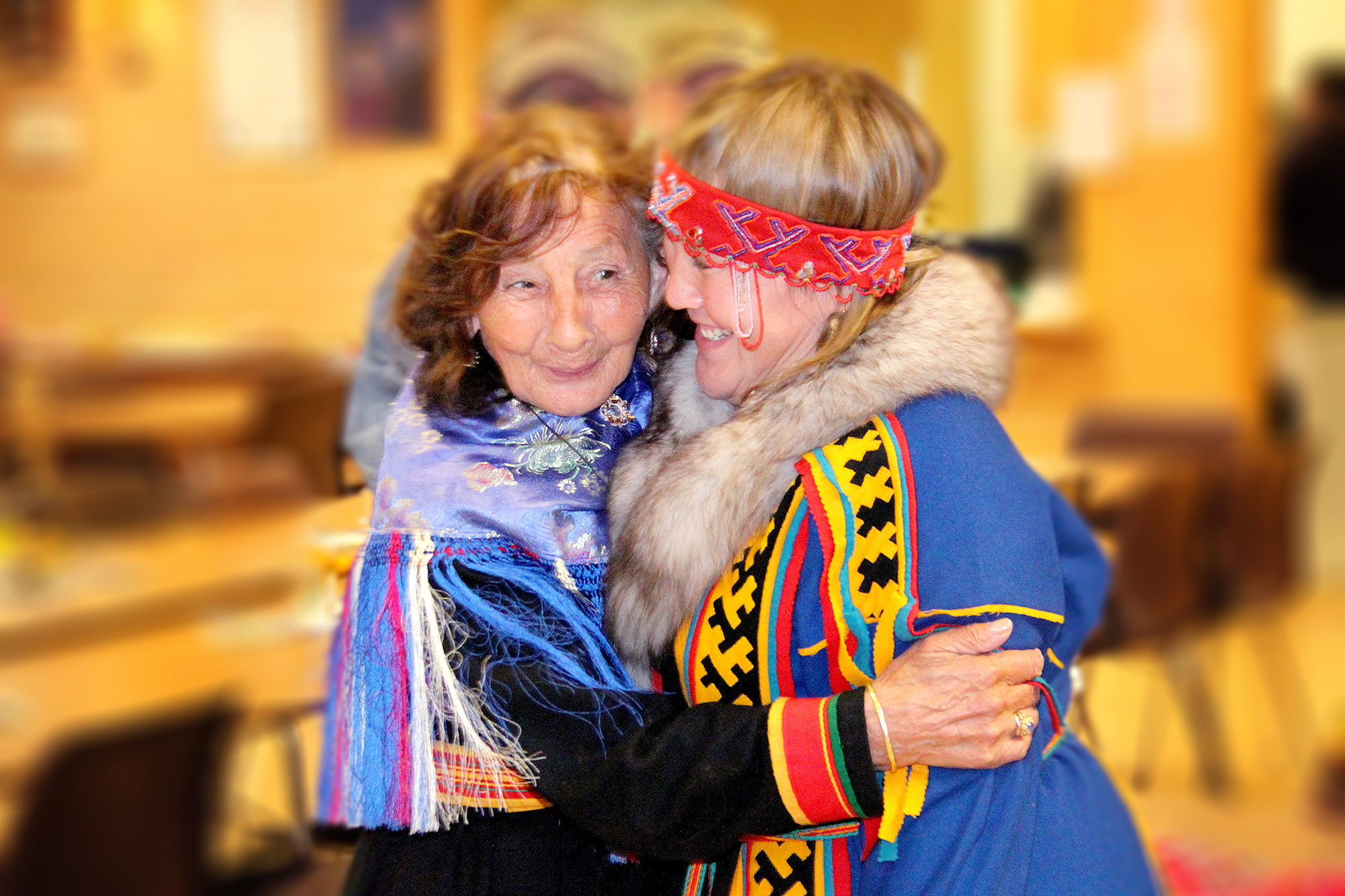 Despite long distance and different history, Indigenous Peoples issues and challenges all over the Barents region. The Norwegian Barents Secretariat’s work to promote Indigenous Peoples projects aims at connecting people across borders and vast distances.­­

Saami, Nenets and Veps are the three Indigenous Peoples groups in the Barents Region. Komi people is also an Indigenous Group on Russian side, but are not given status as “few numbered indigenous peoples” by the Russian Federation. It is only Saami, Nenets and Izhma-Komis who live as reindeer herdsmen in the Barents Region. In the 1920ties and 1930ties the Soviet Union collectivized the reindeer husbandry in the country, as with all other Soviet businesses. Still the herds are moved in brigades across the tundra. A change in Russian law in 2000 caused that an increasing number of Russian reindeer herdsmen have established “Obshinys”, which is family based cooperation. This is established to privatize the reindeer husbandry and move back to a traditional way of living.

The Saami area (Sapmi) stretches from the Kola Peninsula on Russian side, through Norway, Finland and Sweden, all the way down to the inner parts of southern Norway. Izhma-Komis and Nenets people came to Kola Peninsula about hundred years ago, and live here as reindeer herdsmen together with Samis. About 7.750 out of all Nenets people (about 41.000 all together) live in Nenets Autonomous Okrug. Half of all Veps, (around 12.000 in total) live in the Republic of Karelia. The number of Samis living on the Russian side is around 2.000 persons, according to calculations from 2002.

The Norwegian Barents Secretariat is Secretariat for the Working Group for Indigenous Peoples (WGIP). WGIP has passed the action program for Indigenous peoples for 2009-2012, which sets commandments on areas which are prioritized for indigenous peoples in the Barents region within following areas: Business development, language and media, health and social welfare, environment and use of nature, culture and political cooperation.