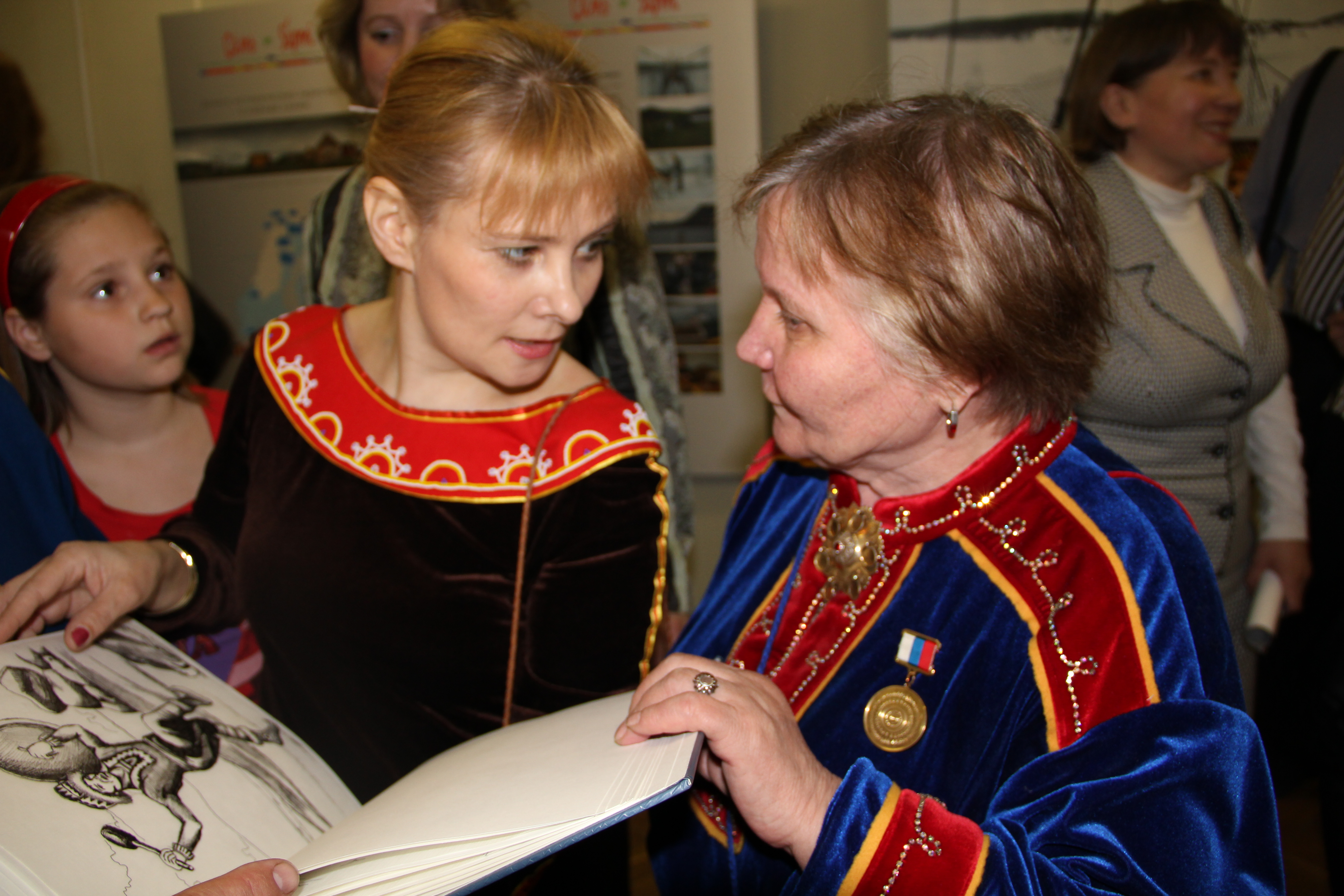 In Spring 2011, the Murmansk regional museum threw open the doors to the Sami exhibition “Diversity and Culture of the Sami land”.

Sami are people from the northernmost part of Europe, with their land - called Saapmi - divided among Norway, Sweden, Finland and Russia. They are numerically small, but their history is rich in heritage and full of unforgettable traditions and crafts.

Cultural rights have been the principal focus of Sami demands for understanding and respect, as they have been of indigenous peoples worldwide. In such context the Sami photo-exhibition this year in Murmansk could not have come at a better time.

The exhibition housed photos of Sami people by the Norwegian photograph Ola Røe along with exhibits of Sami display units from the Museum’s collection. The photos are a wonderful illustration to 9 Sami families living in the Barents region and leading different lifestyle, a demonstration of the traditional and the modern combined in the life of Sami nowadays. «It is important to get understanding of people themselves and to hear their stories in their own language». – says Jorunn Eikjovik, the manager of the exhibition. To make it really authentic even the invitation cards for the exhibition were double-written in Kildin Sami.

Huge difference between Northern Sami, Lule Sami, Southern Sami, Skolt Sami, Kildin Sami is found though speaking the languages of the mainstream society in their respective countries and only half of them speaking their native language. There are some identity problems among the Sami. Some of them are proud of their nationality, others haven’t decided yet if they belong to or not, and some are ashamed to say they are Sami and sometimes even disclaim their Sami nationality.

The exhibition coordinators hope that public will understand that Sami people is a modern, contemporary society.